Introduction: The aim of this research was to systematically review all the randomized controlled trials that have evaluated the effect of transcranial direct current stimulation (tDCS) on post-stroke dysphagia.
Methods: Three electronic databases were searched for relevant articles that were uploaded from their inception to March 2015: PubMed, Cochrane Library (Cochrane Central Register of Controlled Trials), and Scopus. All data was that was related to the location of the cerebrovascular accident (CVA), the parameters of tDCS, post-stroke time to commencement of tDCS, the stimulated hemisphere, stimulation dose, any outcome measurements, and follow-up duration were extracted and assessed. Finally, a number of observations were generated through a qualitative synthesis of the extracted data.
Result: Three eligible randomized controlled trials were included in the systematic review. All three trials reported that, in comparison to a placebo, tDCS had a statistically significant effect on post-stroke dysphagia.
Discussion: The results of our systematic review suggest that tDCS may represent a promising novel treatment for post-stroke dysphagia. However, to date, little is known about the optimal parameters of tDCS for relieving post-stroke dysphagia. Further studies are warranted to refine this promising intervention by exploring the optimal parameters of tDCS.
Conclusion: Since brainstem swallowing centers have bilateral cortical innervations, measures that enhance cortical input and sensorimotor control of brainstem swallowing may facilitate recovery from dysphagia.

Introduction
Dysphagia is a common consequence of damage to the nervous system. It can be caused by several conditions including traumatic brain injury (1,2), neurodegenerative conditions (3,4) or stroke (5,6). Stroke is a leading cause of dysphagia and more than 70 percent of stroke survivors experience dysphagia following a stroke as a result of a paralysis of the pharyngeal muscles. This condition can cause discomfort when swallowing and can result in difficulties with drinking, eating, and breathing (7). Dysphagia is often associated with several complications such as poor nutrition and hydration (8), choking, and aspiration pneumonia (9,10). Aspiration pneumonia increases both the mortality of the impacted patients and the likelihood that they will be hospitalized (11). In addition to resulting in potentially serious medical complications, dysphagia significantly impacts the quality of life of patients and caregivers (12-14). For this reason, early diagnosis and management of post-stroke dysphagia should be considered to represent a critical element in the clinical care provided to patients who are in the acute or subacute phase of stroke.
As a result of development in brain imaging and non-invasive brain stimulation techniques, researchers are increasingly recognizing the significant contribution that the primary motor cortex (M1) makes to swallowing function. For example, contralesional hemispheric reorganization is associated with the spontaneous recovery of the swallowing function following a stroke (15). Re-organization with increased pharyngeal representation in the non-dominant or weaker (unlesioned) hemisphere appears to be associated with the recovery of the swallowing function (16-18). Indeed, the swallowing motor network has been shown to be adaptable to both peripheral and cortical stimuli, and it exhibits remarkable plastic changes (19-21). Given the likely importance of primary motor networks in the control of swallowing, attention has turned to non-invasive brain stimulation (NBS) techniques as a means of painlessly modulating M1 excitability.
In recent years, several novel rehabilitation interventions, including noninvasive brain stimulation (NBS) with transcranial magnetic stimulation [TMS] (22,23) or transcranial direct current stimulation [tDCS] (24-26), have demonstrated promise in terms of their abilities to improve stroke-related disabilities such as motor dysfunction, aphasia, and dysphagia. Speciﬁcally, tDCS is a safe, portable, easy-to-use, and noninvasive brain stimulation technique that can be coupled with peripheral therapies (e.g., motor, language, swallowing) to potentially influence stroke recovery (26). Furthermore, tDCS has considerable advantages compared to other cortical neurostimulation-based treatments that have been trialed in the rehabilitation of dysphagia. Such advantages include portability, ease of use, low costs and a less invasive intervention that does not require pharyngeal intubation. These benefits make tDCS an attractive option for bedside delivery. In the current study, we aimed to systematically search existing literature related to the application of tDCS in stroke patients to identify and critically evaluate all the randomized controlled trials that have addressed the efficacy of tDCS in the recovery of post-stroke dysphagia.

Methods
The methodology outlined in the Preferred Reporting Items for Systematic Reviews and Meta-analysis statement (PRISMA) was followed for the purposes of conducting this systematic review (www.prisma-statement.org).

Eligibility criteria
All randomized controlled trials evaluating the efficacy of tDCS as a neuromodulatory intervention to improve swallowing function in post-stroke dysphasia among patients with different types of strokes and stroke lesion sites were included. Meeting abstracts that were deemed to contain sufficient information were also taken into consideration.

Search strategy and study selection
Three electronic databases: PubMed, Cochrane Library (Cochrane Central Register of Controlled Trials), and Scopus were searched from their inception to March 2015 without language or any other limitations to identify studies that were potentially relevant to the research objectives of the current study. The following search criteria was employed: (stroke OR CVA OR cerebrovascular accident( AND  (swallowing disorder OR dysphagia) AND (transcranial direct current stimulation OR tdcs OR transcranial electrical stimulation).
Following the removal of duplicate results, the titles and abstracts of all remaining articles were screened. The full texts of all potentially eligible studies were then reviewed, and those that met the inclusion criteria were included in the analysis. The references of the included studies were also examined to ensure that all potentially relevant studies were included in the review. The entire study selection process was performed by two independent reviewers.

Data collection
The collected data was decoded using a predesigned data extraction sheet and the following information was extracted: the location of the cerebrovascular accident (CVA), the parameters of tDCS, post-stroke time to commencement of tDCS, the stimulated hemisphere, stimulation dose, any outcome measurements, and follow-up duration. Data extraction was performed by two independent reviewers, and any disagreement was discussed with a third reviewer until consensus was achieved. Finally, we reported the results by qualitative synthesis of the extracted data.

Results
Following the systematic search of the electronic data resources, 57 potentially relevant citations were retrieved. After the removal of duplicate results and following a review of the titles and abstracts, four studies were considered for the full-text assessment. Following the review of the full texts, one study was excluded because it did not meet our inclusion criteria. Finally, three trials that all met the inclusion criteria were included in the systematic review. The PRISMA ﬂowchart of the systematic review is shown in Figure 1.

Discussion
We identified and reviewed 17 randomized controlled trials that evaluated the use of vitamin C supplements for the treatment of asthma symptoms via single dose, short-term and long-term administration, or dietary fruit intakes. As a result of the differences between the methodologies and results of the studies involved, it was not possible to pool the results. However, a comparison between the studies did find that vitamin C serum concentration in asthmatic children was lower than those of healthy children. Furthermore, there was a general consensus that fruits that are rich in vitamin C reduce some symptoms of asthma and the prevalence of asthmatic attacks.
An analysis of the data accumulated via the National Health and Nutrition Examination Survey (NHANES) revealed an association between dietary vitamin C intake and evidence of pulmonary dysfunction in the general population of the United States. Low vitamin C intake is associated with increased symptoms of asthma and wheezing (20,21). Furthermore, a study by Olusi et al. reported that adult asthmatic patients have lower than normal concentrations of vitamin C in their plasma and blood leukocytes (8). Similarly, an increase of 1 standard deviation in serum concentrations of vitamin C and other non-enzymatic antioxidants, such as β-carotene and selenium, was associated with a reduction in asthma prevalence in a study involving US children (22).
Several investigations have found that taking dietary supplements with extra vitamin C above the normal dietary intake benefits the modulation of acute respiratory effects in healthy adults or asthmatic adults when exposed to oxidative air pollutants (23-25). However, most of these studies have been conducted in a laboratory setting with strict controls in place in terms of age, gender, exercise, and dietary intake in adult subjects. Furthermore, these studies have aimed to investigate the benefits that an additional dose of supplementary antioxidants has in terms of lung function. As such, there is limited data available that specifically describes the effects of vitamins C and E consumed via a normal daily diet on asthma symptoms in children (1).
In comparison to other vitamins, the effects of Vitamin C on asthma symptoms has been more widely investigated. Through several case-control and cross-sectional studies the association between vitamin C and a decreased risk of asthma has been demonstrated (1-4, 6,7); however, in the only available substantive longitudinal study, vitamin C intake was found to have no effect on asthma incidence (8). In randomized trials, vitamin C, in combination with other antioxidants, protects against ozone-induced bronchoconstriction in asthma (1,9,10); however, evidence confirming the effect of vitamin C alone is much less conclusive (11,12). We have recently reported the largest randomized placebo-controlled clinical trial of vitamin C to date; involving 201 patients randomized to vitamin C or placebo for 16 weeks. This study did not find any association between vitamin C intake and asthma control (13).
In their systematic review and meta-analysis of 32 observational studies involving children and adults, Allen and colleagues reported that a low dietary intake of vitamin C was significantly correlated with slightly increased odds of asthma (26). Moreover, Aderele et al. found that plasma ascorbic acid level was positively correlated with a vulnerability to viral respiratory tract infections and a low level of vitamin C in asthmatic patients, which would make them more prone to infections and acute asthmatic attacks (9). Similarly, Harik-Khan et al. concluded that low vitamin C intake is associated with an increased risk of asthma in children (27). However, through a meta-analysis, GAO et al. concluded that a higher dietary intake of antioxidants was not associated with a lower risk of asthma. The researchers involved in this study did not support the assumption that nutritional intake of vitamin C has an effect on the risk of asthma (28).

Conclusion
The review of the studies that examine vitamin C intake and asthma did not conclusively find that vitamin C supplements can reduce the incidence of asthma. However, in light of the fact that vitamin C is a low-cost supplement that is safe for human consumption, it seems reasonable to recommend that it is prescribed to asthmatic children to alleviate the severity of asthma symptoms. Further research on the possible effects of vitamin C on asthma is required. Specifically, large multicenter randomized controlled trials are recommended.

Acknowledgement
This study was the result of a medical resident thesis with approval number 920339. It was financially supported by the Research Vice Chancellor of Mashhad University of Medical Sciences. 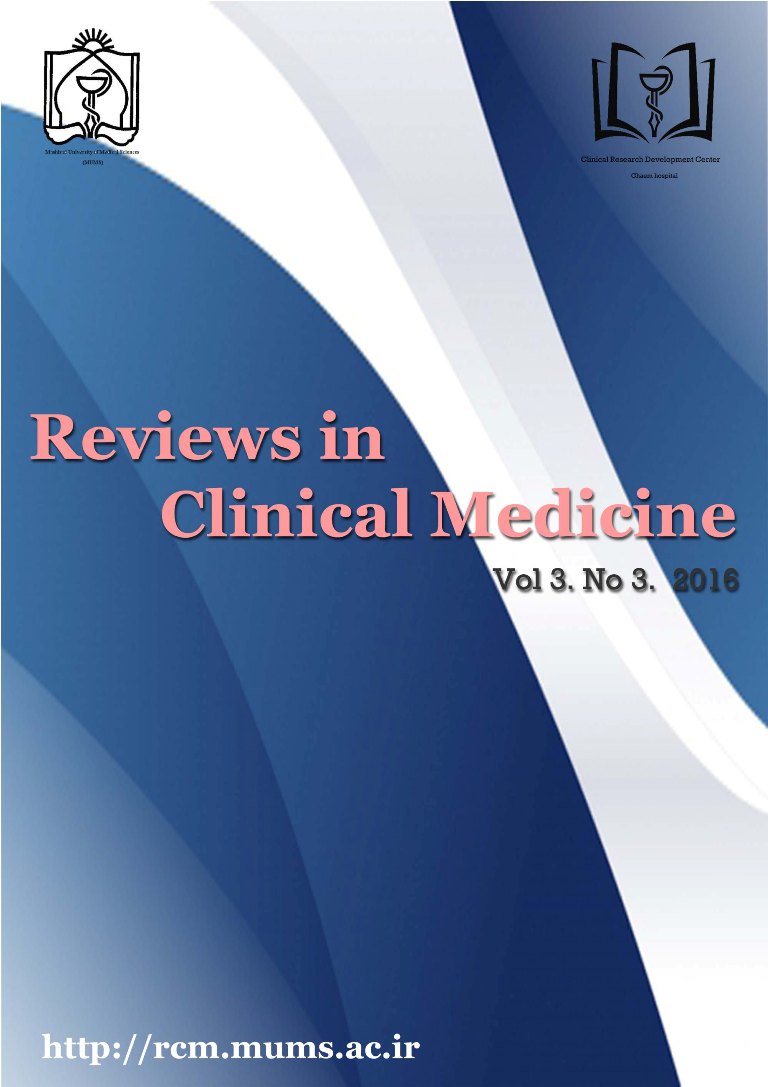