In the last two centuries, chronic kidney disease (CKD) and renal failure (RF) have been considered as the main medical problems which were fatal in many cases. Trace elements such as selenium, copper, and zinc are the components of biological enzymes which have a crucial role in decreasing reactive oxygen. The levels of these trace elements reduce in CKD patients. Close and careful nutritional support of children with CKD, particularly in the early stages of the disease, is necessary.

Introduction
CKD is defined as Glomerular filtration rate (GFR) less than 60 ml/min per 1.73 m2 (1). This definition is not convenient for children younger than 2 years, because their GFR level is lower than older children and adults (2). Some of end-stage renal disease (ESRD) causes are listed as below: autoimmune disorders, congenital renal disease (such as polycystic kidney disease), renal toxic drugs or chemicals, glomerulonephritis, renal blind or penetrating trauma, kidney stones and infection, reflux nephropathy, and other kidney diseases (3). Two important complications of childhood CKD are retarded growth and renal osteodystrophy (ROD), all of which happened due to growth hormone axis abnormalities, vitamin D insufficiency, nutritional deficiency, drug toxicity, etc. Other hormonal abnormalitis might occur in CKD patients such as hyperparathyroidism and hypogonadism (4).
In recent years, there is some evidence supported the theory of oxidative stress in chronic renal failure, especially in hemodialysis patients. Trace elements such as selenium, copper, and zinc are the components of biologic enzymes which have a crucial role in decreasing reactive oxygen (2).
On the other hand, changes in mineral metabolism happen with chronic kidney disease progression (5). Trace element elimination in CKD results from reduction in renal function and proteinuria which leads to (a) losing protein-bound elements (b) changes in gastrointestinal absorption due to vitamin D metabolism, and (c) the dialysis procedure. CKD-related complications such as fluid and electrolyte disturbances, renal osteodystrophy, anemia, hypertension, dyslipidemia,  endocrine abnormalities, etc  become worse when CKD progresses into stage G3a and G3b (6).
In Table1 the factors affected trace element concentrations have been shown.
In the first step, early and proper diagnosis of the underlying disease which leads to chronic kidney disease (CKD) is important. Choosing the best treatment method with fewer complications is the next step. The progression of the disease could delay or halt by these strategies (7). The aim of this study was to evaluate serum concentration of trace elements in children with CKD.
Trace element concentrations might be affected by renal failure intensity and renal replacement therapy methods. In CKD, some trace elements such as cobalt, arsenic, mercury, and silicon tend to rise. Some other elements including zinc, brom, and selenium might decrease. These trends might differ in hemodialysis and peritoneal dialysis (8,9). Different studies also reported various levels of trace element concentrations (Table2). In Table2 trace element levels have been shown in different studies.

Discussion
It seems that mean blood concentrations of trace elements have a remarkable difference in hemodialysis patients. Serum trace element levels in CKD patients had a great impact on patient’s general condition and might lead to cardiovascular diseases, carotid atherosclerosis, cancers, decline of renal function, renal osteodystrophy, insulin resistant, and anemia (19,20).
Daily need of zinc in children with CRF varies from 4 to 9.5 mg in different childhood stages. These ranges for copper are about 0.2 to 1 microgram (10). Although in general population zinc supplement could decrease all cause death and the risk of infection, there are few studies supported the theory of trace element impact on the CKD patients` outcome (2-6).
Malnourished children have a lower body mass index (BMI) level and are at risk of infection which is associated with a worse prognosis (8).
Zinc is required to maintain the structures and functions of more than 200 enzymes, such as enzymes needed in transcription and translation of genetic material and cell division (11).
Lower zinc level in CKD patients might happen due to the increased urinary zinc excretion and the decreased intestinal zinc absorption. Hypozincemia is a cause of re-distribution of total body zinc because liver tissue zinc had been increased in autopsy (21).
On the other hand, decrease in zinc and copper serum concentrations happen in ESRD due to the excretion of protein and albumin in urine (2).
In conclusion, close and careful nutritional support in children with CKD, particularly in the early stages of the disease, is necessary.

Acknowledgement
We would like to thank Clinical Research Development Center of Ghaem Hospital for their assistant in this manuscript. This study was supported by a grant from the Vice Chancellor for Research of the Mashhad University of Medical Sciences for the research project as a medical student thesis with approval number of 910392. 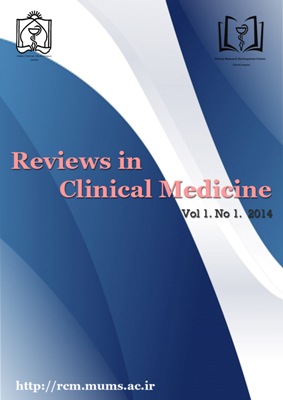